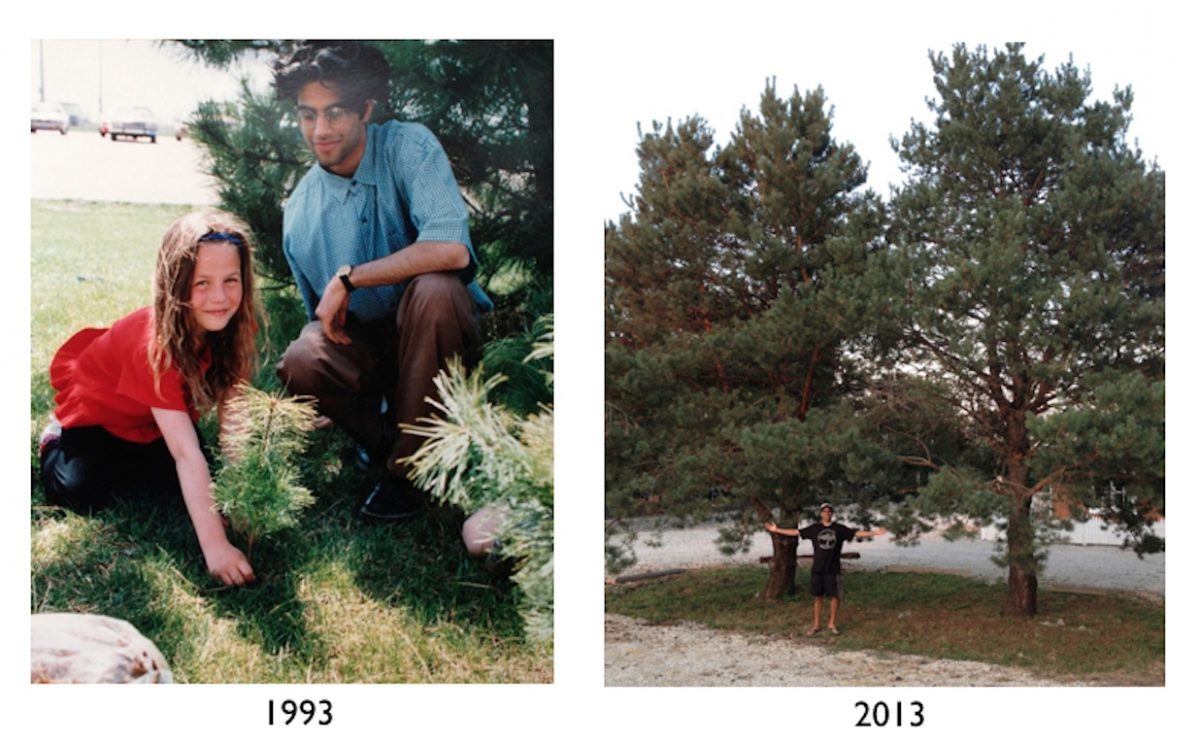 That’s what my brother Vikas asked me in the spring of 1993. He ran a student-run environmental club at our university called Organization for the New Earth (O.N.E.), which promoted green initiatives on campus and in the community.

He and fellow MUM student Belinda Hoole planned to launch the event, which was part fashion show, part creative musical celebration, and part treehugger project all rolled into one.

My brother needed someone to play the music for the show. He already knew I hunched over turntables every weekend, working as a DJ for our university’s Saturday night dances.

I thought about my brother’s request. Should I do it? The question spun around in my mind during my business classes, my spare time reading Billboard and Rolling Stone magazines and in between moments I’d be recording my mix tapes, which had piled up like dirty dishes in my dorm room.

I figured the whole thing was just a one-time event. Play the music, get a pat on the back, smile at the camera, flash the peace sign a few times and I’m done.

Several weeks later, I found myself in a humble looking Best Western banquet hall where the event was being held. There was a small stage set up and a white backdrop with a big Earth on it and Eco-Jam ’93 written above.

A few hours later, after the sound equipment and lighting were in place, I stood behind my “wheels of steel”, looked at the crowd and said: “It’s MC Double V on the M-I-C! Are you ready?” The stage lights went up. I raised the volume on Rhythm is a Dancer as it thumped through the speakers and a beeline of student models strutted down a makeshift catwalk, wearing a range of sustainable clothing outfits.

Contrary to what I thought, Eco-Jam wasn’t a one time thing. The success of the first event turned it into an annual gathering. In three years the event raised enough money to help O.N.E. plant thousands of trees throughout southeast Iowa.

Though the tree planting initiative faded a few years after my brother graduated (although it was revived in 2010 after a series of life-changing events), Eco-Jam (the catwalk part) continued to evolve and blossom.

We grew up and so did those trees.

21 years later, to the amazement of the original co-founders, it’s still alive and kicking! New students took over, other volunteers got on board and it’s become a city-wide event for organic and up-cycled fashion, attracting media, residents and designers from Fairfield, southeast Iowa and beyond.

It’s the end of 2014 and everything’s come full circle. Neighborhood Forest will be relaunching its tree program in southeast Iowa next spring. And we’re excited to be coming home!

Looking back, I realize how wrong I was. That one-time tree event I agreed to do for my brother in the spring of 1993? It’s not done. It’s just beginning.

Thought you might enjoy this video of our long-awaited Eco-Jam homecoming.

Vivek Narula is the Director of Neighborhood Forest (@treesforkids) – an organization that gives free trees to schoolchildren every Earth Day.